Warning: Use of undefined constant disable - assumed 'disable' (this will throw an Error in a future version of PHP) in /home/ebraunbh/public_html/ebraunbeverlyhills.com/wp-content/themes/ebraun/page.php on line 27 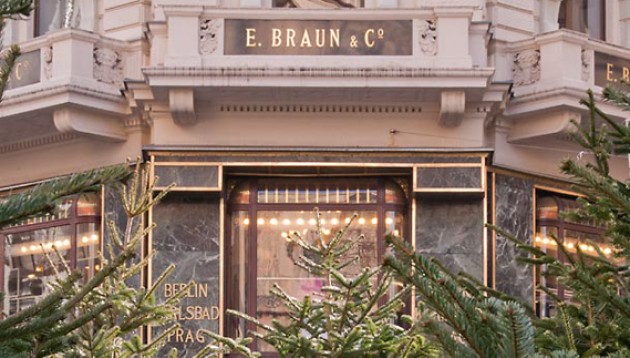 E. Braun & Co. opened in Vienna in 1893, selling ready-to-wear clothing and fine linens. Gustav Oser, the founder’s grandson, moved to New York City in 1943 with his mother and together they opened a branch of E. Braun & Co. devoted almost exclusively to fine linens. In the decades that followed, Oser assembled linen treasures from around the world at a “jewel box” of a store on Madison Avenue. Since 1988, new ownership has revived and revitalized this century-old firm. While cultivating the greatest respect — and understanding — of the classic styles that made the house a Madison Avenue landmark, E. Braun &. Co. has also emerged as the premier source of distinctively contemporary linens and accessories. Custom creativity is the way E. Braun & Co. sets itself apart from other fine linen houses. The expert staff works with customers or their designers to create distinctive linens uniquely tailored to their visions of the perfect home. Always responsive to customer needs and sensitivities, E. Braun & Co. seeks constantly to expand not only its selection of impeccably fine merchandise but also its range of equally impeccable services. Today, E. Braun & Co.has a shop in West Hollywood dedicated to providing the same unrivalled standards of quality and service familiar to generations of New Yorkers. Customers look to E. Braun &. Co. for the classic linen house with the 21st century perspective.